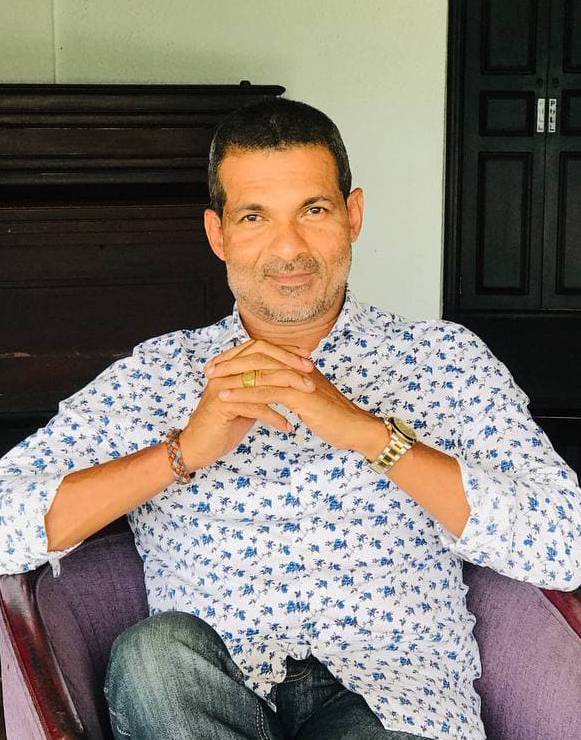 Once an idea floats into Amith’s head, he simply cannot sit still until he transforms it into reality. It’s this drive for attaining results and making dreams into reality that has earned him an enviable reputation in Sri Lanka’s travel and leisure industry. With a knack for creating significant experiences, Amith has built an illustrious career in travel, leisure and destination management over a span of more than 30 years.

He has built legendary travel businesses for Sri Lankan giants such John Keells Holdings, Sri Lankan Airlines and the Hayleys Group. As a passionate sportsman and a team player, Amith understands the power of building great relationships, judging people solely on their individual abilities and selecting the right person for the right job. He loves connecting with people and leading his team to victory by inspiring them to always deliver beyond expectations. His ability to motivate people to go beyond their comfort zone has played a pivotal role in his success.

Amith was a sportsman by nature and was always heavily involved in sports at his alma mater, Royal College, Colombo, where he captained the Rugby Team and led his school to the 1986 Knockout Finals. Thereafter, continued his passion for Rugby representing Champion Premier Club side for several years. It was this passion for sport that ignited his career; initially a breakthrough to a large company, followed by building teams on his skills to master the art at the corporate level.  His talent for rugger brought him to the attention of the John Keells group, where he went on to represent the company in all the major sports in the country.

At John Keells, Amith grew from a 19-year-old trainee tea taster to having the privilege of selling tea at the weekly Colombo auctions at an early age. In 1991, an opportunity to change career paths from “tea” to “transport and logistics” emerged and the ever adventurous young Amith didn’t waste a moment. He took up responsibilities as an Assistant Manager, was soon promoted to become the youngest ever Manager within the Group and set off to head their first overseas office in Singapore.

In 1996, Amith took an opportunity to move within the Group again, this time to Walkers Tours, which was the largest destination management company at the time. From 1996 to 2005 Amith grew and matured at Walkers Tours, reaching the position of Director, and found his calling in the travel and leisure sector. He was also instrumental in organizing the first game of floodlit rugby at John Keells, possibly the first ever such game in Sri Lanka, and pioneering the first ever women’s rugby tournament, also arguably the first of its kind in Sri Lanka.

In December 2005, Amith left John Keells Holdings after 19 successful years, where he had matured professionally to become the Head of Marketing for Walkers Tours & JK conventions and an Assistant Vice President of the John Keells Group.

By the time he left the John Keells group, he had gained a rare cross exposure into the Tea industry, Transport and Logistics Industry and International Trading, being the first employee for the group to be posted overseas in the groups overseas expansion and in the Leisure Industry.

In January 2006 he moved in as the General Manager of Sri Lankan Holidays, a subsidiary of Sri Lankan Airlines, which was then under the management of Emirates Airline. Sri Lankan Holidays was a start up at the time and, from 2006 to 2010, Amith was the force behind growing the company into a leader in the sector, even receiving a Presidential Award, the highest recognition for a business in Sri Lanka. He also played a leading role in the organization and in the execution of the IIFA Awards in 2010. In addition to Sri Lankan Holidays, he also headed the fast growing IBE for the company, Sri Lankan Air Taxi, the domestic arm for the national carrier along with  “Skywards”, the airline’s frequent flyer program, and the MICE division of the Airline.

In 2010, Amith set out on yet another pioneering adventure as he led the setting up of Hayleys Tours, the leisure division of the leading Sri Lankan conglomerate Hayleys PLC. From 2010 to 2020, he grew and transformed Hayleys Tours, in line with the Group’s vision, into one of the top destination management companies in the country. During his time at Hayleys he also led many revolutionary initiatives including implementing SAP and transforming the telecommunications infrastructure of the Group’s leisure business.

His Next Step & Final Stop!

An avid optimist, Amith firmly believes that crises are merely opportunities in disguise and it was in the midst of a global crisis that the inspiration for the next leg of his career, NextStep Journey, was born.

While many players in the industry are losing hope in the face of the COVID-19 Global Pandemic, Amith sees plenty of incredible opportunities to create amazing, unforgettable and unparalleled experiences for travelers of all kinds. He brings with him a wealth of experience, a rock-solid reputation and valuable relationships, friendships and partnerships that he has built over his 30-year long career into his next step.

There’s definitely something special about Amith when it comes to start-ups and, while his two previous success stories were on behalf of  large organizations, this time around, with NextStep Journey, it’s his own business and he’s beyond excited about it.

Doing simple things in a systematic, step by step approach, a knack for problem solving, a genuine concern and love for humanity, along with his natural leadership skills have helped him always to create a winning, result-oriented culture.

Today, he’s more excited than ever before, even without any immediate business on the horizon, because Amith knows that success only dances with those already on the dance floor!